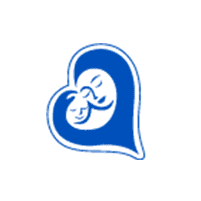 Painful menstruation and heavy bleeding are typical symptoms of endometriosis, which can have a severe impact on your life, especially during your period. The highly qualified team of experts at West Kendall OBGYN, serving the Doral, Kendall and West Kendall areas of Miami, can diagnose the cause of your symptoms and provide the most effective treatments to relieve the pain and distress endometriosis causes. Call West Kendall OBGYN today to schedule a consultation, or book an appointment online.

Endometriosis is a condition that affects the lining of your uterus or endometrium. It can cause severe pain and heavy bleeding for some of the women who have it and may reduce fertility.

If you have endometriosis, it means the endometrial tissue that normally lines the uterus is growing where it shouldn’t, most typically on the:

The rogue sections of tissue are known as endometrial implants and affect about one in 10 women who menstruate, according to the American College of Obstetrics and Gynecology. Some of these women may not be aware they have endometriosis, as it isn’t causing them significant problems; but for many others, it can be a distressing and even disabling condition.

When Does Endometriosis Become a Problem?

The problem with endometriosis is that the endometrial implants, being the same type of tissue as the endometrium, react to the signals given by the hormones estrogen and progesterone that control your menstrual cycle. That means that when you get your period, the implants swell and bleed just like the lining of your uterus, and try to shed in the same way.

Unfortunately, because the implants are in places that don’t have access to the vagina for the normal draining of the endometrial blood and tissues, everything is trapped within your pelvic area. Whatever gets trapped irritates the surrounding organs and tissues, which then develop scarring and may even stick together. As a result, you could experience symptoms such as:

Pain typically reaches a peak during your period, and many women find they’re unable to work or live a normal life because of the severity of the pain.

How is Endometriosis Diagnosed and Treated?

Your provider at West Kendall OBGYN can tell from your symptoms that endometriosis is a likely cause of your problems, but to confirm the diagnosis they have to carry out a laparoscopy.

If your symptoms are highly suggestive of endometriosis, you don’t have to undergo the procedure, but it does enable your OBGYN to assess the extent of the problem and take tissue samples for analysis, as well as to confirm the diagnosis.

Medications are usually the best approach initially and can be highly effective. Potential medications include one or a combination of:

If your course of medication isn’t helping, or if you are thinking of starting a family, then your provider can discuss using surgical techniques to remove the implants and scar tissue.

If you have symptoms that could indicate endometriosis, call West Kendall OBGYN today or book online to receive the prompt and compassionate care you need.